Using role play during business meetings is a good way of teaching colleagues how to work with other people or resolve conflict.

Here are some good ideas for using role play in meetings: 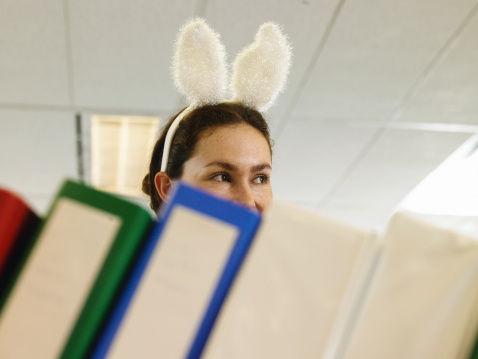 Nothing breaks the ice at meetings like role play if delegates haven’t met before. Get your attendees to introduce themselves pretending to be a businessman they most admire, including personal details, such as hobbies and marital status. This gets everyone in a relaxed frame of mind.

Animals? Yes, animals. If the meeting is expected to be particularly staid or fraught, thinking out of the box can help with role play. The day before invite your delegates to arrive dressed as their favourite animal from the head up. This may entail just donning rabbit ears, a dab of face paint or a dog mask. Sounds ridiculous? Try it yourself and watch the positive results as the creative juices, freed of the chains of formality, start to flow.

How better to put yourselves in the mind of the customers than by actually putting yourselves in the mind of your customers? This one works particularly well with customer services operations. Find out from your market research or from the shop floor which complaint keeps recurring the most. Then put the complaint in the mouth of preferably your most assertive, outgoing employee to play the role of an irate customer.

The better they get into the role in recreating a conflict scenario, the more realistic and instructive it should be for your staff. If anything, such role play can be better than the real thing, because staff can go out of their way to be particularly disruptive in their guise as an angry customer to test colleagues’ wits to the limit.

This can be a very useful exercise in gauging the mood of your workers by playing role reversal games during the meeting. In doing this, you will probably be able to see how your staff view you as well as any potential barriers that need bringing down.

You can enlarge the above game by extending it to all roles within the company, so that everyone gets to see the overall picture, rather than from a narrow one-eyed stance.

So how do you play this one? You split your people into two separate groups. You then decide the subject for the meeting, for example, forthcoming projects or weekly sales performance reviews. The first group can carry out the meeting, while the second group constructively evaluates them. Then in the second half of the meeting, the roles can be reversed.