The first mobile phone prototype was invented in 1973, when Motorola’s ground-breaking hand-held device was used by company executive and researcher Martin Cooper to make the first call.
It was a decade later, when mobiles first went on general sale to consumers – and Motorola’s 8000X portable cell phone was first on the market in 1983, with a price tag of $3,995!

Today, an estimated 4.77 billion people own a mobile phone, which equates to 62.9% of the world’s population. The figure is expected to exceed five billion by 2019.

So, how do you think delegates would manage at a meeting if they were told there was a mobile phone blackout? The question arises as a result of an increasing number of artists imposing a ban on using mobiles at their concerts. 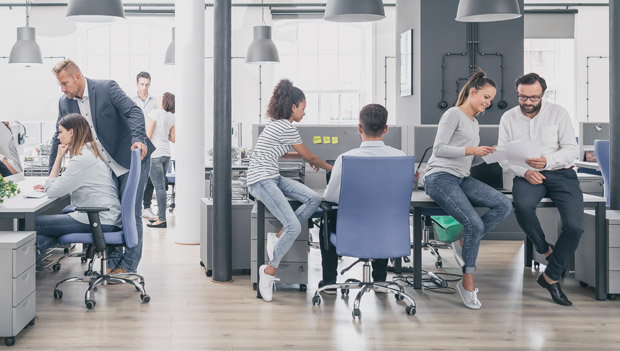 Comedian Chris Rock made the headlines by demanding the audience didn’t use mobile phones during his live shows on his “Total Blackout” tour. The former Saturday Night Live star decreed that anyone caught using a portable device to record his show would be escorted out of the building with no refund for their ticket!

It may seem harsh to translate this to a conference, but modern event planners are increasingly trying out the theory that banning mobile devices will improve the overall experience.

It may seem counter-productive that in an age where technology governs just about every aspect of our life, you’re not allowed to look at your phone, tablet or even a smartwatch during a meeting.

It could be argued that not permitting mobile devices would mean a lack of beneficial social media activity at an event, and it could it also deter some delegates from attending.

So, what are the benefits of a mobile phone blackout at conferences and meetings?
You may be surprised to learn a ban on mobile devices isn’t a new phenomenon. In 2010, the then prime minister, David Cameron, outlawed his ministers from using mobile devices in cabinet meetings.

Supporters agreed it was a great idea, citing the difficulties caused by delegates being distracted by texts, Tweets, emails and SMS conversations. At the time, technology was said to have led to a “new level of rudeness”, with people checking emails throughout every meeting.

This was likened to attending a meeting with a newspaper in the pre-technology days and picking it up to read excerpts at regular intervals – something you would never do!

Even worse is when someone gets a call during a meeting. Even if their phone is on silent, everyone hears that annoying buzz as it vibrates across the desk. Then, they check who’s calling and more often than not, they pick up the device, with an annoying, apologetic shrug motioning towards the door as they rush out to accept the call.

In the United States, more schools and universities are looking at a mobile phone ban in the classroom to decrease distractions, while even wedding parties have asked guests to leave their professional photographer to capture the big day, rather than having everyone posting live updates on social media without their knowledge.

Some restaurants, theatres and cinemas are deploying a mobile device ban, with anyone caught filming – particularly at movie pre-screenings – being asked to leave.

In the case of meetings, there will always be someone who uses their phone incessantly but if challenged, they will point out this is the 21st century, the era of multi-tasking, when it’s handy to be able to send out an urgent mailing shot, at the same time as making your contribution to the meeting.

We enjoy 24-hour news and feel secure in the knowledge that should an emergency arise, we are contactable 24/7 to deal with it. Some people have even admitted to being grateful for the distraction of an urgent call or text when they’ve been looking for a way of escaping a meeting.

A remedy to the latter problem, of course, is to keep delegates interested and informed, so they won’t feel the need for a diversion to help them escape!

So how does a mobile phone blackout work?
New state-of-the-art technology manages the device-free event. Event organisers ask delegates to place their phones in secure cases as they enter the venue. Although the attendees have possession of their own phone throughout the meeting, remote technology automatically locks the cases as they enter a specified device-free zone.

This means delegates are free to participate in the meeting without the distraction of picking up emails, texts and calls. However, should they need to use their phone, the moment they step outside the device-free zone, the secure case unlocks automatically, so they can access their mobile device again.

The logic of this method is that delegates can still feel the phone in their pocket, so they aren’t affected psychologically, wondering where it is and who’s calling, but it’s inaccessible should they feel a sudden urge to check their email.

Critics think it’s a step too far – a kind of Big Brother device physically stopping you from using your own mobile phone. It’s quite sad to think people need to be reminded of basic good manners, such as not using a phone mid-meeting and distracting other attendees.

In an ideal world, people would use their own common sense and wouldn’t need to have their phones locked up for the duration of a meeting. Some event organisers don’t agree with the methods and merely tell delegates that mobile device use isn’t permitted, trusting people to comply.

It’s a difficult call for sure, and it’s down to the individual company to introduce a blackout policy if they think this a necessary course of action.

&Meetings can help you secure the best fully equipped (or not if you prefer) venue for your meeting or event. To book meeting rooms in London, please contact the meeting room specialists on 0800 073 0499.