The House of Commons remains one of London’s most iconic buildings, based in the Palace of Westminster and overlooking the Thames. 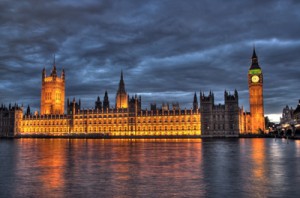 Its unusual decision to put a selection of 15 dining rooms and pavilions up for hire for corporate and private events will allow members of the public to utilise the impressive facilities on offer.

Costs will range from £900 for an evening event to almost £1,000 an hour for a daytime meeting, with the UK parliament’s decision sparked by a desire to generate more cash for renovation and refurbishment of the 19th century building.

A spokesperson from the House of Commons told CIT Magazine the Administration Committee has been considering making a move like this for some time and has gone over the practical details at some length.

“The venue has been taking bookings since the autumn, with the first events taking place from early 2014,” they added.

Several prospective meetings have already been turned down by the Commons Commission, highlighting the strict guidelines that will be in place to ensure only appropriate events are given the opportunity to take place in the Palace of Westminster.

Kevin Jackson, vice president at George P Johnson event management, said: “I think this is a brilliant move for a number of reasons, not least of which is that this unique venue will stimulate huge interest amongst corporate clients.”

He suggested this move highlights the increasing power and influence of the events industry, with the demand for stylish and unconventional meeting rooms on the increase.

The prestige of the House of Commons does come at a cost; the building requires significant and expensive building work on a regular basis, with plans to replace antiquated heating, ventilation and electrical systems already in place.

Conservation measures also need to be taken, to look after the oldest and most valuable part of the palace.

If the move to rent out meeting rooms means these renovations will cost taxpayers less money, it is likely to prove a popular decision from the commission.