The consumption of alcohol at business meetings is often something of a grey area when it comes to whether it’s acceptable.

Alcohol can be an interesting topic in the business environment, as there are many different schools of thought. There are no clearly defined rules, however, so it’s largely down to the individual company. There are two main scenarios, one at each end of the spectrum, with a number of situations in between. 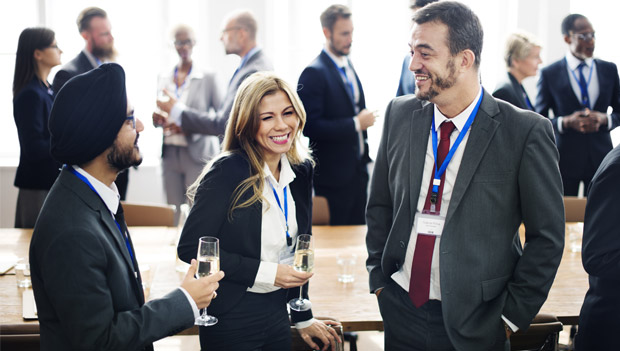 Pro-alcohol
First, the pro-alcohol lobby believes alcohol can be good for meetings, as it can spur creativity, loosen up the delegates and become a positive interlude in the working week.

This theory is backed, to a degree, by the results of research published by Science Direct. A study called Drinking to Reach the Top questioned 174 men and 119 women about their drinking patterns and whether it was acceptable in the workplace.

The results seemed to suggest that both men and women who participated in meetings where alcohol was served felt it bonded delegates more closely, thus elevating their status among their peers.

Anti-alcohol
At the other end of the scale is the anti-alcohol school of thought, which maintains that it’s unprofessional to drink during a meeting. This belief also has more than a modicum of truth, as there’s nothing worse than realising afterwards that you drank to excess.

Anxiety follows, as you wonder if you said too much or came across as loud during the meeting. If a manager drinks too much during a meeting, they will come across as unprofessional and lose respect. If employees over-imbibe, they may find themselves in serious trouble afterwards.

Although you may think you’re having a “happy hour”, thinking creatively and bonding with colleagues, everything may take on a totally different slant the next day.

Creativity
The question of whether alcohol increases creativity in the workplace has been studied by scientists. Research into alcohol consumption suggests it changes the way we think. If you drink in moderation, alcohol can lead to innovative ideas, improved collaboration with colleagues and greater artistic expression.

The Newt/Judge experiment, carried out in 2013, split marketing delegates into two groups and gave them an assignment with a three-hour deadline. One group was given free alcohol, while the other had soft drinks.

After three hours, a team of creative directors judged the work. The judges didn’t know which ideas had come from which group. In terms of quantity, the group with alcohol came up with 59 new ideas, compared with only 48 from the soft drinks team. In addition, the ideas from the alcohol-fuelled team were said to be of a higher quality.

However, it’s also fair to say that although a moderate amount of alcohol can spur creativity, over-consumption can lead to a deterioration of ideas, as the thought process becomes cloudy.

Negative behaviour
If your company decides a sensible amount of alcohol is acceptable at meetings, delegates should follow some simple guidelines when it comes to consumption and conduct. Make sure you eat something before the meeting if you intend to partake, as going hungry could be a recipe for disaster.

Don’t be lulled into a false sense of security, consume more than you intended and start gossiping about workmates who aren’t at the meeting. This will show you in a bad light and suggest you’re someone not to be trusted.

Another important factor to consider is how you’re getting home after work. Don’t be tempted to drink and drive after the meeting. It’s better to organise a lift, get a taxi, or use public transport.

In conclusion, when you take into account people’s conceptions of drinking alcohol, and then contemplate your own personal feelings about whether it has a place at professional meetings, it’s easy to see why it remains a grey area.

A common route which many companies take is to have an option for alcohol if required, but have plenty of soft drinks on offer as well. Delegates should be able to take up the option of an alcoholic drink without being judged by others – and vice-versa if someone wishes to remain alcohol-free when everyone else is drinking.

Make sure you always have the best venue for your meeting or event by contacting &Meetings! To hire meeting rooms in London, phone us on 0800 073 0499 and we’ll be happy to help you through the booking process.