Your monthly catch up meeting might start out fine but it can soon descend into giggles, name calling and other playground traits that aren’t becoming of adult professionals. 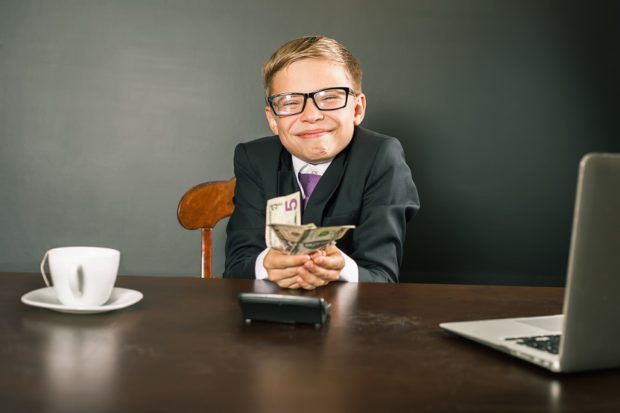 Bullying
There was always one kid in the playground who took things too far or simply set out to make other people’s lives hell. And in the work place things haven’t changed much.

Workplace bullying still continues and can rear its ugly and childish head in meetings. This could be in the form of name calling, ignoring colleagues or mind games.

To stop it, have a zero tolerance stance on any kind of bullying. If you spot in, ask the person involved to step out of the meeting and you’ll deal with them later – if they’re going to behave like a child, they will be treated like one too.

The cool kids
In the playground, the cool kid always had the newest and coolest trainers or back pack. They were treated like kings and queens, with kids flocking around them in the hope their cool would rub off on them. There was nothing wrong with them except that maybe, once you removed the cool clothes, they were just normal underneath.

In meetings, it can be just the same. Cool colleagues, who are well dressed and confident, can dominate meetings – even if underneath they’re not as good a worker as others. If you’re running a meeting, make sure to bring in the less confident team members, as they’ll have something to add to the meeting.

Gangs
Usually run by either the cool kid or a bully, gangs in the playground were exclusive to those involved. And if anyone else wanted to be part of it, they had to play by their rules.

In offices, gangs can naturally form whether it’s around projects, skill sets or age groups. And while social interaction and people working in groups together is fine, try and avoid situations when other workers can’t join in.

In meetings, try and split the gangs up so they have to work with others in the group.

It can be fun
Play time was always the best time of the day at school as it meant you could catch up with friends, play games and generally have fun.

Meetings can be the same. It’s worth having some social time before meetings and introduce some games. This not only lightens the mood and gives people something to look forward to but it can also help with learning and problem solving.