A war veteran, the prince had been on active duty in Afghanistan and had been a member of the British Army for 10 years when he met Meghan. Born in August 1981 in Los Angeles, Meghan is an active humanitarian and has been the United Nations’ Women’s advocate for political participation. She has also been actively involved in the UN’s Entity for Gender Equality initiative and has been a Global Ambassador for World Vision Canada since 2016.

The couple are reported to have met in London in June 2016, through mutual friend and fashion designer, Misha Nonoo who is married to one of the prince’s old school friends, Alexander Gilkes. Prince Harry has been dating Meghan for just over a year and speculation has been rife in recent weeks that a proposal was imminent. 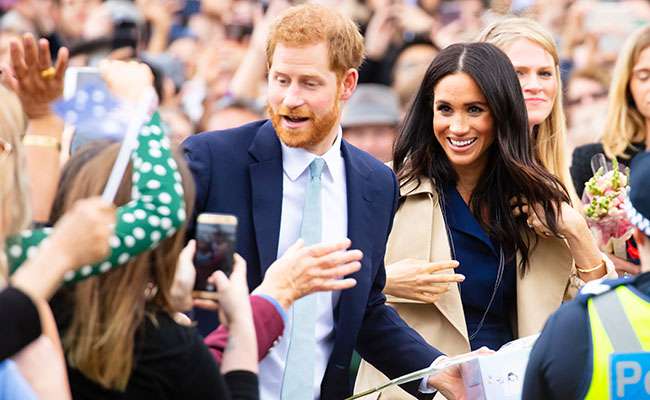 Some media reports suggested it was far from an accidental meeting. They claimed it was orchestrated by the prince because he had a crush on Meghan after seeing her in the Netflix hit, Suits, and he reputedly described her as being his “ideal woman”. It was claimed he set up the meeting at Soho House when he learned Meghan was in the UK to support her friend, tennis player Serena Williams, at Wimbledon.

According to a Channel 4 TV show, the pair kept their relationship under wraps for many months while it blossomed away from the media spotlight. As soon as they went public, the media frenzy began in earnest. Media reports suggested Meghan started dating Prince Harry in July 2016. In September 2017, they made their first public appearance together at the Invictus Games in Toronto, Canada.

When the liaison first became public knowledge, royal fans weren’t fond of Meghan and didn’t think it would last. According to a poll of UK adults by Opinion Research, Prince Harry came top of the list of the most popular royals and Meghan was least popular – even though she is currently a royal only by association – with the poll concluding that the majority of Brits thought it was an unsuitable relationship.

In November 2016, American chat show host Wendy Williams said the relationship would never last, claiming there was “too much drama” surrounding Meghan. Williams spoke out after Meghan’s sister, Samantha, in what appeared to be a display of “sour grapes”, accused Meghan of being a social climber, claiming she had “always wanted to be a princess”. Williams predicted the relationship would falter because of Meghan’s family.

However, Harry and Meghan have defied the odds – and according to a poll in Hello magazine in October 2017, the British public had started to warm towards the actress, with 71% of respondents then saying the couple should marry. The poll also revealed that 92% of respondents thought the prince was doing a good job serving the Queen as a full-time royal, while 64% felt Meghan would be an excellent ambassador for the royal family, thanks to her links with the UN.

Royal-watcher Andrew Morton, author of “Diana: Her True Story”, said the late princess would have liked her son’s choice of partner because like Diana, Meghan had made something of her life before meeting Prince Harry, becoming a humanitarian and a campaigner for less fortunate people – as Diana herself had been.

Since the news broke of her royal relationship, Meghan has become a style icon. She immediately gained many more followers on her Twitter and Instagram accounts after the press revealed her royal connection, although she hasn’t posted on either since her relationship with the prince became more serious.

Happy news of the couple’s engagement was announced this week, generating a flurry of excitement and further interest in the pair. Being 5th in line to the throne it was necessary for the Harry to seek permission from his grandmother the Queen for his marriage. It is reported that the actress met the Queen at Buckingham Palace and reputedly received a welcome gift from Her Majesty.

Not all meetings are as romantic as when Harry met Meghan, nor as exciting (and presumably nerve wracking) as when Meghan met the Queen, but &Meetings can certainly make sure yours has the best possible venue! For meeting facilities fit for a prince, please contact &Meetings to book meeting rooms in London on 0800 073 0499.