The G7 was formed in 1976, uniting the heads of the world’s richest industrialised countries, Canada, France, Germany, Italy, Japan, the United Kingdom and the United States. With the addition of Russia to the table in 1997 the G7 became the G8 and the following year they came together in Birmingham. 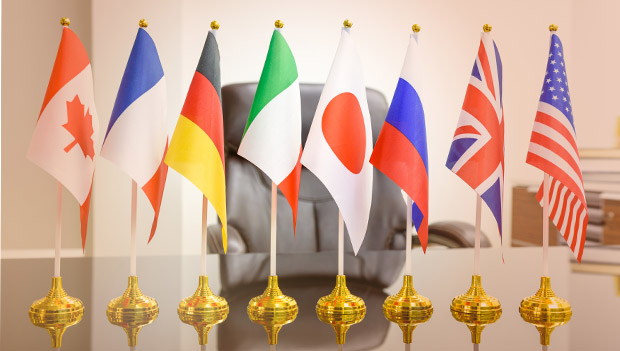 Participants, among others, included Jacques Chirac of France, Helmut Kohl of Germany, Boris Yeltsin of Russia, Bill Clinton of the USA and host Tony Blair. President Bill Clinton famously made headlines during the event when he surprised patrons of a canal-side pub in Brindley Place, calling in for a pint of beer and a plate of chips.

The key accomplishment of the 1998 summit was the proclamation of an ‘Action Program on Forests’ with a pledge to report back on progress made in 2000. Sadly, there has been little evidence of any follow-up action.

Your meetings may not be attended by world leaders but still deserve to be held in the finest of meeting rooms.

When you are looking for great value meeting rooms in Birmingham, we have a wide range of options at very competitive rates. Call us on 0800 073 0499 and we’ll help you through the booking process.