The river has two major tributaries: the prime stream is the longer White Nile, while the secondary tributary, the Blue Nile, carries most of the silt. The White Nile begins at Africa’s largest lake, Victoria, which touches Kenya, Uganda and Tanzania. 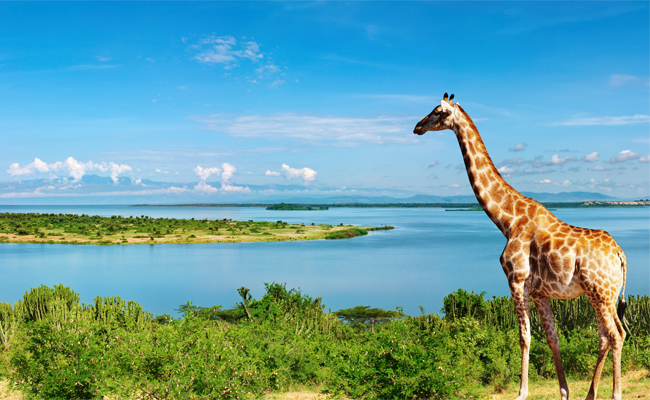 Experts have long debated whether Lake Victoria is the true source of the Nile, as there are more “feeder” rivers running down from the surrounding mountains. This has led to some debate about the true length of the Nile and whether it’s actually longer than the official figure. A British explorer, Neil McGrigor, travelled the Nile in 2006 and claimed to have discovered its most distant source at Lake Victoria’s longest feeder river, Kagera River.

The Blue Nile starts at Lake Tana in Ethiopia and is heavy in silt because during the summer monsoons, soil eroded from the highlands is carried downstream and this turns the water a dark colour. Its name, Blue Nile, describes the darker colour. The river’s power is clearly visible at the 45-metre-high Blue Nile Falls, which are around 40 kilometres downstream of Lake Tana.

The White Nile meets the Blue Nile in Khartoum, Sudan where almost two million residents rely on the river to irrigate the land. The River Nile passes through Tanzania, Rwanda, Uganda, Burundi, Kenya, the Democratic Republic of the Congo, Eritrea, Ethiopia, Sudan, South Sudan and Egypt before it meets the Mediterranean Sea. Although many people associate the Nile with Egypt, in fact, just 22% of its long and winding course actually runs through the land of the pyramids.

The place where the River Nile meets the sea is of great importance because for centuries, it has provided water, excellent soil for growing crops and a transportation route. People in ancient Egypt could not have survived without the Nile – a country of minimum rainfall, the river has provided the only source of water and has enabled the land to sustain crops.

The floods caused by the heavy rains in the Ethiopian highlands cause soil to flow into the water, and this produces a black silt which is heavy in nutrients, thus creating excellent conditions for growing crops once it’s ploughed into the land.

With their fields surrounding the river, Ancient Egyptians grew crops specifically in the mud left behind after the Nile overflowed its banks. The fields not only produced food crops, they also fed the farmers’ animals. The reeds (called papyrus) which grew around the Nile were made into paper and even boats by the Egyptians.

They used nets and spears to catch fish, which were plentiful due to the location at the mouth of the Mediterranean Sea. The Nile was also the fastest way to travel as a shipping route and boosted trade.

The Nile no longer floods after the Aswan Dam was constructed in Egypt between 1960 and 1970. This had been a concern of the Egyptian government since the 1950s and was a key objective, providing increased water storage facilities for irrigation and generating hydroelectricity as the country became more industrialised. The Nile’s average discharge into the Mediterranean today is 680,000 gallons of water per second.

&Meetings can’t promise the natural splendour of the River Nile, but we can certainly help to put your meetings on the map! Contact &Meetings to book meeting rooms in London on 0800 073 0499. You’ll be glad you did!