Mandela was born on 18th July 1918 in the village of Mvezo, Transkei. At the time, South Africa’s political climate was one of racial discrimination, with legislation passed in 1911 that favoured whites in every way. The Native Labour Regulation Act made it a criminal offense for Africans – but not for whites – to break a labour contract. The Mines and Works Act legitimised the mining practice of letting whites monopolise skilled jobs by restricting Africans to mainly unskilled labour. 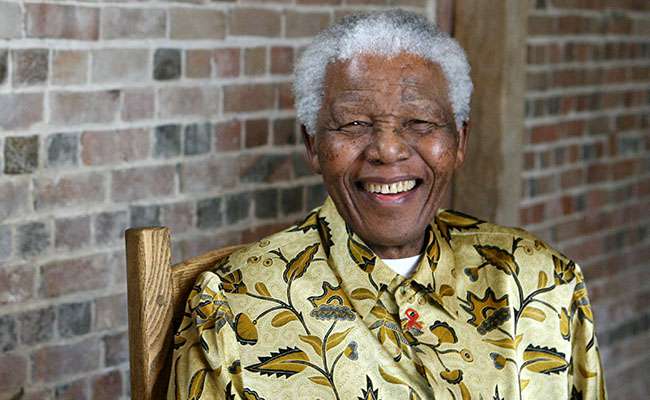 The most damning piece of legislation was the Natives Land Act of 1913, which separated South Africa into different areas, where either white or black people could own freehold land: black people were restricted to 7.5% of the land, despite making up two-thirds of the population, while the remaining 92.5% of the land was given to the white minority.

Mandela’s political campaigning began when he was studying for his Bachelor of Arts degree at the Fort Hare University College. However, he was expelled for taking part in a student protest before completing his studies. He moved to Johannesburg in 1941, where he found work with Witkin, Eidelman and Sidelsky attorneys and completed his articles.

He finally completed his BA through the University of South Africa, returning to graduate at Fort Hare in 1943. He became increasingly involved in politics from 1942, joining the African National Congress in 1944 and helping to form the ANC Youth League.

As the system of institutionalised racial discrimination and segregation in South Africa, apartheid began in 1948, bringing in the segregation of social events, public facilities, housing and employment. Some aspects of apartheid had existed prior to this – in particular minority rule by white South Africans.

Mandela’s law diploma and BA permitted him to practice law, so he and colleague Oliver Tambo set up South Africa’s first black law firm in August 1952. His continued political activism led to several brushes with the law, but on 5th August 1962, he was arrested and charged with sabotage, inciting workers’ strikes and leaving the country without permission.

He stood trial on 9th October 1963, in what was known as the Rivonia Trial, where he denied agreeing to initiate guerrilla war against the government, giving his now famous speech from the dock. He said he had fought against white domination and black domination and that he had cherished an ideal of a free and democratic society, where everyone lived together in harmony and with equal opportunities.

Mandela and seven others were convicted and sentenced to life imprisonment on 11th June 1964. He was sent to Robben Island and began 27 years’ imprisonment. He wasn’t even allowed out to attend his mother’s and eldest son Thembi’s funerals in 1968 and 1969 respectively, although he was admitted to hospital for prostate surgery in 1985 and returned to prison afterwards.

During his imprisonment, international campaigns demanding his freedom were launched, including a song by The Specials, Nelson Mandela, in 1984. Its anti-apartheid message was heartfelt and serious, alerting many more people around the world to his plight.

Finally, in December 1989, leader of the National Party Frederik Willem de Klerk met with Mandela to discuss the situation. Both men considered the historic meeting was friendly and as a result, all political parties that had been banned at one time were legalised in February 1990. Mandela’s unconditional release was announced.

Nelson Mandela met with his freedom on 11th February 1990 – an event that was broadcast live on television across the world. Holding wife Winnie’s hand, he was greeted by massive crowds and was driven to City Hall in Cape Town. On his release, he gave a speech in front of around 100,000 people at Johannesburg’s Soccer City to declare his commitment to peace, expressing hope that the government would begin negotiations to give black people the right to vote in elections.

Mandela was elected ANC president in 1991 and in 1993, he and the then president, FW de Klerk, were jointly awarded the Nobel Peace Prize. Mandela voted for the first time in his life on 27th April 1994. In a changing political climate, Mandela was inaugurated as South Africa’s president on 10th May 1994 in the country’s first democratic election.

After stepping down at the age of 81 in 1999, at the end of his term as president, he continued his work with the Nelson Mandela Children’s Fund that he had created in 1995. He also launched the Mandela Rhodes Foundation and the Nelson Mandela Foundation, leaving his legacy for the future.

Throughout his life, his campaigning for democracy was unwavering and he never answered racism with racism. His life was inspirational to oppressed and deprived people all over the world. At the age of 95, he died on 5th December 2013 at his home in Johannesburg.

Not all meetings can change a nation but here at &Meetings, we pride ourselves on treating all our clients’ meetings with equal importance. If you’re looking to hire meeting rooms in London, please call 0800 073 0499.