Event coordinator ranked as the fifth most stressful job in a recent survey by the job site, Career Cast. It came behind military personnel, airline pilots, firefighters and police officers in terms of the amount of anxiety and sleepless nights caused by worrying about aspects of the job.

The jobs were ranked according to a number of different stress factors, including the amount of travel involved, working to deadlines, being in the public eye, meeting and communicating with clients, encountering challenges, competitiveness and the potential for job growth. 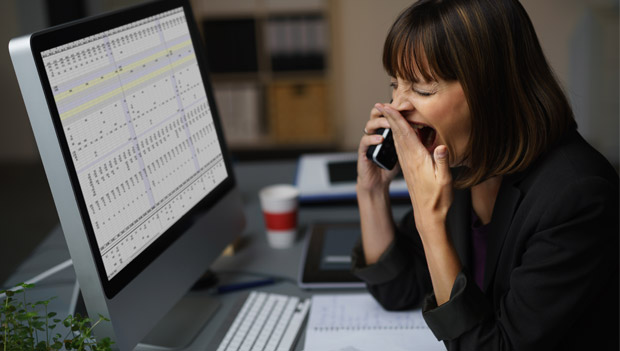 The survey concluded that event planning was stressful because it involved reconciling the client’s initial vision with producing a successful end-result, bringing together many ideas and transforming them into a functional, large-scale event.

So, what are the things keeping meeting planners awake at night? Read on to find out the top five stressful factors that leave event coordinators feeling bleary-eyed in the morning…

Maintaining technical quality and controlling costs are challenges that give event planners a headache. Unless the venue provides top-class technical services, keeping abreast of advances, it can be detrimental to the event’s success.

In order to effectively negotiate a deal and ensure they know exactly what’s on offer, event planners need a certain amount of technical knowledge themselves and must also know the specific requirements of their delegates, exhibitors and vendors.

Another source of frustration is when conference centres and hotels have insufficient plug-in points to keep attendees’ mobile devices charged up. Planners say one of the most common complaints they receive is due to devices with flat batteries because there’s nowhere to charge them.

2. Data security
Data breaches are among the biggest fears of event organisers. With the expansion of technology and increasingly sophisticated hackers trying to steal information and compromise people’s personal data, security threats can range from the theft of delegates’ mobile devices to a major hacker attack.

Introduced in May this year, there are also new security requirements for people’s personal data, as a result of the EU’s General Data Protection Regulation. Hence, event planners need assurances that attendees’ data is 100% safe.

3. Dietary requirements
Planning food that covers every imaginable dietary requirement is a source of concern for many event planners. Delegates today expect conference and meeting venues to have a diverse range of foods such as gluten-free, vegan, options for lactose-intolerant people, items for people with food allergies and diets for all religions and lifestyle choices.

As delegates become increasingly diverse, it will become even more of a challenge for planners to ensure the cuisine suits all attendees’ needs and preferences.

4. Social media
Before the days of social media, if something incorrect, inflammatory or otherwise embarrassing was said or if it occurred at a conference, there was a good chance it may not make it into the public domain. At the very least, an organisation would have time to prepare a response or do some serious damage limitation, before the news broke.

Today, there’s no time for review or editing, as there’s a good chance that whatever is being said or done is being streamed live on the internet, so people all over the world could be watching. Many event organisers voice fears that something will go viral because it’s libellous or inflammatory, causing “worldwide catastrophe”, as one respondent described it.

5. Negative reactions
Still on the theme of social media, another fear is that people will post negative comments on your conference newsfeed, or make detrimental remarks if you’ve created a hashtag for your event.

While event planners realise that the more you put your business out there, the more chance there is of having your live feed hijacked by trolls, it’s still unpleasant when you read a barrage of criticism after everything you write.

The only solution is to have someone regularly monitoring your social media feeds, solving legitimate problems with a response, or removing deliberately offensive comments and remembering the advice, “Don’t feed the trolls,” by responding to them.

If you’re an event planner who stresses about everything, change your habits before you burn out. Stress is very damaging and event planning should be exciting, fun and fulfilling, not an unpleasant chore. If you’re having sleepless nights about aspects of your job, it’s time to sit down and analyse the root cause.

Re-think your schedule, delegate some tasks and change your attitude from one of negativity. Rather than worrying about what hasn’t been done and what might happen, focus on the positive things that you’ve done so far and build on your achievements.

Take some of the stress out of event planning by making sure you have the best venue. &Meetings has a wide range of strategically place, fully equipped meeting rooms for hire in London – with additional catering options!