The iconic dance duo, who made ten films together from 1933 to 1949, were Hollywood’s favourite dance partnership. They were both stars in their own right before they joined forces on the dance floor. 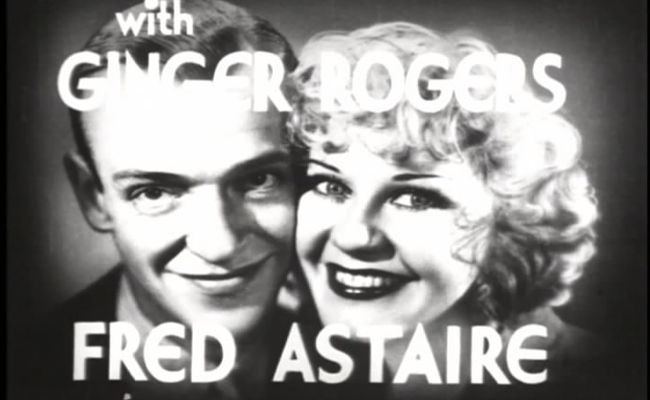 Fred’s early life
Born Friedrich Austerlitz in Omaha, Nebraska, in 1899, to an Austrian immigrant father and an American mother, a teacher suggested that young Fred and his sister Adele (who was three years older) were talented enough to have a career on the stage, if properly trained.

The family moved to New York and the children attended the Alviene Master School of Theatre and Academy of Cultural Arts. Establishing themselves as young vaudeville dance stars in 1905, they used the stage name “Astaire” because it sounded more American.

They continued with vaudeville until 1917 and then began appearing in musical theatre on Broadway. In 1923, they also had a stint appearing in London theatrical shows. Returning to New York, they again played on Broadway, where their dance routines were legendary.

In 1930, reviewers hailed 31-year-old Fred as “the best tap dancer in the world”. Adele gave up her theatrical career when she married Lord Charles Cavendish in 1932.

Fred was invited for a screen test at RKO. Producer David Selznick signed him to the studio but reportedly had reservations because the young Astaire wasn’t the usual Hollywood heartthrob and hadn’t done a particularly good screen test. However, he was noted as having “tremendous charm” that would carry him through.

In 1933, RKO loaned Astaire to MGM, where he made his Hollywood debut in Dancing Lady with Joan Crawford. Reviewers described him as having a “warm smile” and a “deceptively easy-looking light-footedness” that made people forget the real world and their everyday worries outside the cinema.

Ginger’s early life
Ginger was born Virginia McMath in Independence, Missouri, on 16th July 1911. She had a rather traumatic childhood, as her parents separated soon after her birth. With her father’s attempts at reconciliation being unsuccessful, he kidnapped his daughter twice.

Back with her mother, Ginger was never to see her father again and her parents divorced soon afterwards. She became known as Ginger after her young cousin, Helen, couldn’t pronounce Virginia and shortened it to Ginger. She took the surname Rogers after her mother remarried John Rogers and the family moved to Fort Worth.

Ginger had aspirations to become a teacher, but her mother Lela was interested in Hollywood and was on the stage herself. As a child, Ginger would wait in the wings of the Majestic Theatre while her mother performed, and soon she was joining the artists to sing and dance on-stage herself.

She married Jack Culpepper at 17 and they formed a vaudeville act called Ginger and Pepper, but their marriage lasted only a few months and she went back to touring with her mother. When they reached New York, she bagged herself a role on Broadway in the musical, Top Speed, in 1929.

How Ginger met Fred
Ginger was snapped up within two weeks to star in the top Broadway show, Girl Crazy, with music by George and Ira Gershwin. It was during rehearsals for the show that Ginger and Fred met for the first time.

He was already 30 years old and an established Broadway dance star when he was hired by the show’s producer to help the dancers with their choreography. Ginger was only 19 at the time and it was her first major show.

However, at this point they had absolutely no idea that they were to become the biggest dance duo on the planet. The show was a big hit and Ginger’s appearance made her an overnight star, but it was going to be a few years down the line before they met again.

Ginger’s stage success led to a role in the Paramount Studios’ film, Young Man of Manhattan, in 1930. She also starred in the famous role of Anytime Annie in the musical 42nd Street and appeared in Gold Diggers of 1933 in the famous opening scene, singing We’re in the Money.

Starring roles together
Four years after their initial backstage meeting during the Broadway musical, Girl Crazy, Fred and Ginger appeared in their first film together – the RKO musical, Flying Down to Rio.

Ginger played singer Honey Hales and Fred played assistant band leader Fred Ayres – members of an orchestra playing in Miami, in the light-hearted, romantic, feel-good film. The duo’s chemistry on-screen was obvious and the film was a huge success, earning $1.5 million at the box office – the equivalent of $100 million today.

A succession of Fred and Ginger musicals followed, all of which were huge box office hits. Many of them are still shown on television today, around 80 years after they were first made.

The most famous of the next eight box office smashes include The Gay Divorcee in 1934, Top Hat in 1935, Swing Time in 1936 and Shall We Dance in 1937, when they famously tap-danced on roller skates to Let’s Call the Whole Thing Off.

Their ninth and final film for RKO was The Story of Vernon and Irene Castle in 1939. Revolutionising the Hollywood musical, they performed elegant and intricate dance routines that brought the popular songs of the day to life.

Ginger was said to be Fred’s greatest ever dance partner because she always remembered not to stop acting when the dance routines began, slipping them seamlessly and comfortably into the plot.

Later career
Unfortunately, due to the depression of the 1930s, RKO was facing bankruptcy by the end of the decade and could no longer afford to stage the lavish musicals that provided a vehicle for Fred and Ginger.

Their dance partnership came to a temporary end and they both went on to star separately in other films throughout the 1940s. Ginger won a Best Actress Academy Award in 1940 for her appearance as Kitty Foyle in the film of the same name, opposite Dennis Morgan.

In 1941, Fred starred opposite Rita Hayworth in You’ll Never Get Rich – the film that rocketed her to stardom. He also starred with Bing Crosby in Holiday Inn in 1942 and in Irving Berlin’s Blue Skies in 1946.

Then, in 1949, the famous dance partnership of Astaire and Rogers was reunited one final time for The Barkleys of Broadway, which is an MGM musical and their only film shot in glorious technicolour.

Ironically, they played a pair of Broadway stars who broke up the partnership, only to realise they needed each other after all. It was hailed as their greatest ever film. As genuine pioneers of dance, the multi-award-winning dancers left a lasting legacy in the entertainment world.

Dance yourself into some of the best meeting room facilities in London with &Meetings! To hire a venue, please call 0800 073 0499 and we’ll be happy to help you through the booking process.