In fact, criticisms frequently levelled at every new generation of employees are that they have no respect, have an over-inflated sense of entitlement, aren’t motivated, dress unprofessionally, lack a work ethic and other stereotypical beliefs, creating an “us and them” situation.

It’s not a case of each generation of employees gradually becoming less professional, of course. Rather it’s a case of employees’ attitudes changing as they mature, seeing their own generation as the more motivated one that’s best suited to doing the job in hand. 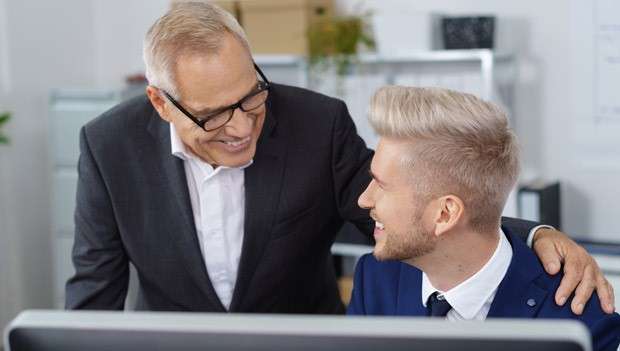 It’s understandable that the younger generations object to the criticisms and feel annoyed that they are thought of as unmotivated and not caring about their job.

The issue of organising meetings to satisfy employees from all generations can be a challenging one, since traditionally, there are going to be differences of opinion and sometimes conflict.

The older generation of employees, known as the “baby boomers”, were born during the post-second world war period between 1946 and 1964. Many have now retired and those remaining in the workforce will be approaching retirement age, with the youngest being 54.

This means that an older member of the baby boomers who is almost due to retire can find themselves working with a young member of Generation Z, who may be 17 or 18, with every generation in between – making life very challenging for corporate events planners.

Planning events
The role of event planners is to satisfy all delegates with material that meets their needs. This is challenging, but not impossible.

Factors that must be taken into account include whether the issues include learning styles and preferences, or whether the delegates’ age range means they are of a different professional rank, such as CEOs, managers and administrative assistants, for example.

Always resist the urge to try and cram as much as possible into the allocated time-slot, thinking you’re providing something for everyone. This is never a good idea, no matter who your audience is, as it gives people too much information to process and insufficient time. The aim is to ensure people are learning, while also interacting with others.

Carry out some market research on what people expect or would like to see at a meeting. Email questionnaires out to get a feel for what colleagues expect and whether there appears to be differences based on their age-group. See if a pattern starts to emerge on their preferences for meetings in terms of methods of learning.

Direct approach
According to professional speakers, taking a direct approach and highlighting the different generations at the meeting and within the organisation in general can be a good way to start breaking down the barriers. It can encourage diversity in the workplace and develop a healthy respect for other people’s beliefs.

Meagan Johnson, a US-based speaker who describes herself as a “generational expert”, says she gives delegates an exercise in which they are asked to give their thoughts on the attitude of the younger generation. Many of the responses that crop up include “bad attitude”, “lack of work ethic”, “disloyal” and “rude”.

Then, she gives a PowerPoint presentation containing slides of an article that appeared in the respected Life magazine in 1968 about the “generation gap”. Exactly the same words were used by older people to describe the Baby Boomers, who were the “younger generation” at the time.

Now, the Baby Boomers are the older generation in the workplace, many of whom have the same negative views of their younger colleagues that were once used to describe their own attitude.

Another article in Newsweek magazine, in December 1985, describes young people as the “video generation”, using their “cutting edge communications technology” to “document every banal moment” of their life. Sounds familiar? This was before social media such as Facebook and Twitter existed!

The point of the exercise is to remind people that there will always be a generation gap in the workplace, but the solution is to accept it and embrace our differences, recognising that everyone has something different to bring to the table. Rather than a barrier, it should be seen as a positive to a productive workplace and subsequently a productive meeting.

Choice of venue
A well-facilitated, welcoming meeting that’s designed for inclusion can be a conduit to greater productivity. Making everyone feel valued encourages greater job satisfaction and ultimately improved efficiency.

Make sure your meeting gets off to a flying start by hiring a top venue through &Meetings! Whether you’re seeking flexible seating layouts in a contemporary business setting, or a more traditional venue, all with the latest technology, we can help.