He might not be everyone’s cup of tea, but his influence will soon be felt across the globe. How Donald Trump conducts his business meetings could well be a sign of things to come… 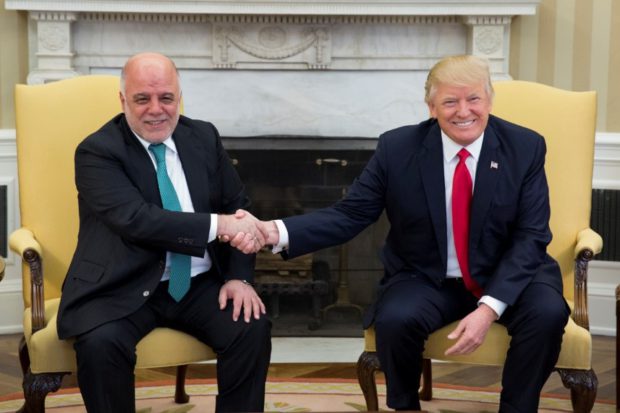 Keep them to a minimum
Trump might not be like most businessmen but he does share something in common with some of the most successful ones – he keeps his meetings to a minimum, only getting together when it’s needed.

He has said that he tries not to schedule too many meetings, but has an open door policy. His preferred way of working is to just turn up to work and see what develops. Whether he can continue this style in the White House is another matter.

Speaking to Inc.com, he said: “I don’t believe in long meetings or big meetings. I hear that some companies are constantly having meetings and I don’t think it’s an efficient use of time or energy.”

Shorter is better
Even when you do manage to get a rare meeting with Trump, don’t expect it to last long. He says that while he might have a dozen meetings a day most happen on the spur of the moment and don’t last more than 15 minutes.

This ability to multi-task and meet with a variety of different people will come in handy when dealing with the many staffers in the West Wing.

Think independently
Trump’s path has been a winding one that hasn’t always conformed to the rules. And he expects the same of his staff in meetings.

He said: “I allow people to work and think independently. My employees know the worth of the Trump brand and they work hard to keep the gold standard in everything they do.

“I give my people credit for knowing what they should be doing without having to reiterate that as a group. Giving people confidence on their own will contribute greatly to the efficiency of your company.” 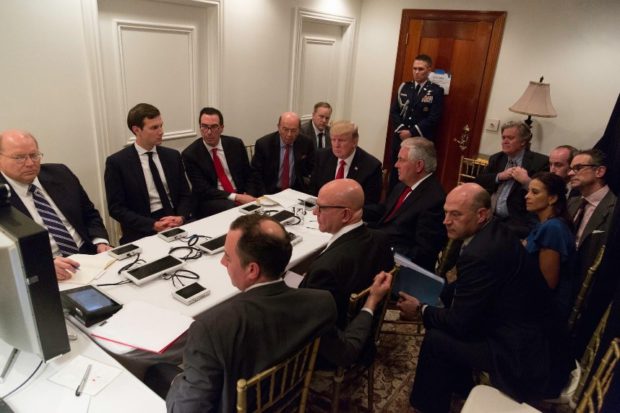 Aim high
If you do get a meeting with Trump – which is looking harder now that he’s soon to be POTUS – you should always aim high…very high.

“To me it’s very simple: if you’re going to be thinking anyway, you might as well think big.”

Go with your instinct
Anyone who watched the presidential debates or rally speeches know that Trump doesn’t stick to the book, often going off on tangents. This is because he likes to work on instinct. But it’s instinct backed up by asking questions.

He said: “I don’t hire a lot of number-crunchers, and I don’t trust fancy marketing surveys. I do my own surveys and draw my own conclusions.

“When I’m in another city and I take a cab, I’ll always make a point to ask the cabdriver questions. I ask and I ask and I ask, until I begin to get a gut feeling.

“The greatest of consulting firms charge you $100,000 for a lengthy study and in the end it has no conclusion and takes so long to complete that if the deal you were considering was a good one, it will be long gone.”

Be obsessive
Having meetings on the go, independent thinking, working on instinct – these might all sound like a freewheeling style of meetings. But actually, Trump does focus on the details more than you’d imagine having heard the various generalisations he made on the campaign trail.

He said: “One of the keys to thinking big is total focus. I think of it almost as a controlled neurosis, a quality I’ve noticed in many highly successful entrepreneurs.

“They’re obsessive, driven and almost maniacal, but it’s all channelled into their work. I don’t say this trait leads to a happier life, or a better life, but it’s great when it comes to getting what you want.”

And he certainly managed to get what he wanted, whether people liked it or not.