In this day and age it shouldn’t be an issue for women to have their voices heard in a business environment – but as the recent presidential debate between Hilary Clinton and Donald Trump proved, with Trump interrupting Clinton a staggering 25 times in 26 minutes, somehow it is. 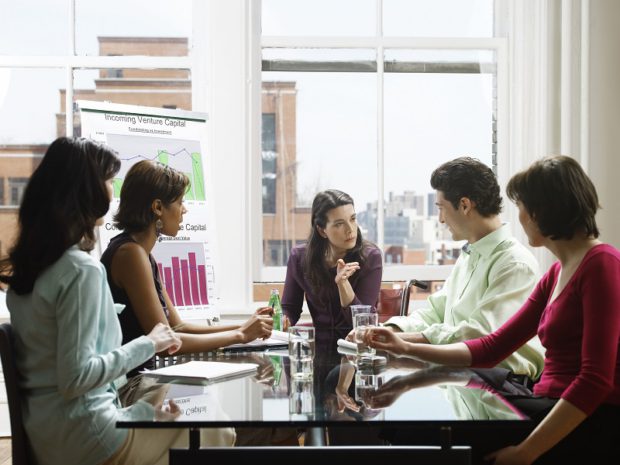 Trump, not known for being an advocate of equal rights, often spoke over and shouted down his female counterpart during the televised debate.

United voices
And it was this kind of attitude that led to female staffers in Obama’s White House to develop a tactic to be heard in male-dominated meetings.

Often, female voices and opinions were either being ignored or appropriated by men. The women in the room decided to use a tactic called amplification. If a woman made a good point, other women in the room would quickly repeat it and also give credit to the woman who made the original point.

This meant the men in the room would be forced to recognise not only the contribution, but also the person who made it. And it also meant the men couldn’t claim the idea as their own.

Other tactics
Amplification is a great tactic, but there are other ways to get your voice heard in meetings…

1. Act like a man
Sometimes you’ve got to play by the rules of the game – even if you disagree with them.

Much like Trump, there are some men that are happy to interrupt and talk over their colleagues – so why shouldn’t women do the same? It’d be great if there was a measured and friendly debate – but often that’s not the case and those waiting for one could end up waiting for a long time. Get your opinion in.

2. Hold the floor
Once you’ve got the floor and are making your point, hold strong. If people try to interrupt, politely ask them to wait until you’ve finished making your point. Don’t worry about people thinking you’re being too aggressive by asking them to keep quiet – that’s their problem, not yours. 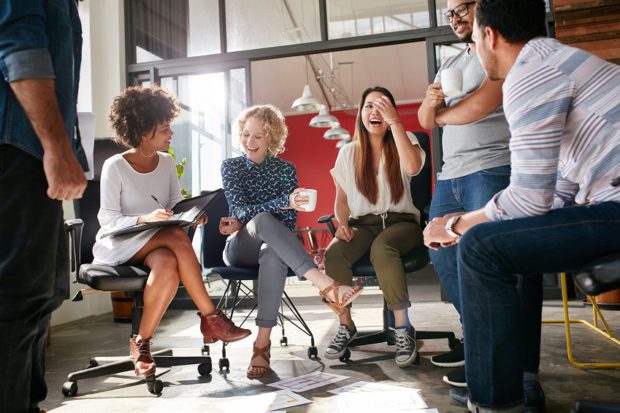 3. Maintain eye contact
If you’re making a point to someone specifically, look them in the eye. It’ll make it harder for others to interrupt. If you start looking around the room and catch the eye of another colleague, they might take it as a sign for them to jump in. Don’t give them that chance.

4. Don’t apologise
Your opinion and voice are just as valid as anyone else’s in the room, so don’t say sorry for it. It’s quite a British trait to constantly apologise. And while there’s little actual evidence to show that women do actually apologise more than men, a YouGov survey found the many women feel they say sorry too often.

In meetings, over-apologising can lead to you downplaying the certainty of your opinions.