As modern buildings are being constructed to net zero standards (meaning the total amount of energy used is around the same as the amount of renewable energy created on-site), businesses are looking at ways of applying this concept to conferences.

Meeting the challenge
According to practical studies, reaching absolute net zero at meetings has proved challenging, but not impossible. In 2014, Gregory Butler, a director at Becton, Dickinson & Co (a US medical technology supplier in New Jersey) had been working on the company’s global sustainability forum. 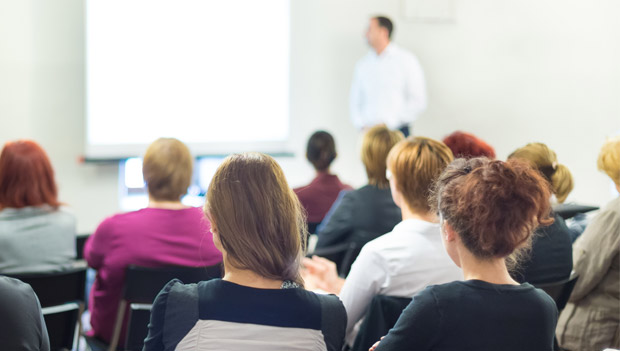 He used all his knowledge of green working practices to successfully organise a perfect net zero meeting. His aim was to ensure that no waste whatsoever would end up at a landfill site, including paper, plastic and food. The goal was to offset the carbon footprint so that the meeting would have no impact at all on the environment.

Having worked in project management and sustainability, Butler was well-versed at putting the theory in motion, reporting afterwards that he had attained his goal.

Two years later, in April 2016, he again planned a net zero meeting, this time for the Institute for Sustainable Enterprise’s 25th-anniversary celebration in New Jersey. According to reports, this goal was achieved a second time.

Practical steps
So, what was Butler’s secret? The first step was choosing a venue that already had environmentally-friendly working practices, such as recycling schemes, water conservation and green cleaning programmes.

Phase two involved putting in place sustainable practices for the duration of the meeting. This included donating any leftover food to a food bank, fashioning event signs and banners from bamboo and removing paper towels from the restrooms. Instead, towels and wash-cloths were provided, with a basket provided to collect the dirty ones.

Attendees who drove to the meeting were required to make a donation to the renewable energy advisory platform, Renewable Choice, to match their carbon footprint. Similarly, the carbon for the electricity used was offset by a donation.

However, Butler points out that not everyone can achieve net zero, but it’s important that businesses should at least try to reduce the carbon footprint of their meeting. Surprisingly, it can be easier to achieve sustainability at larger conferences than at smaller gatherings.

Although much can depend on the venue, when working with larger groups, it’s possible to make bigger changes as an organisation – there’s less leverage for change when working with groups of, say, less than 25 people.

Carbon footprint
Another problem in implementing the necessary changes towards sustainability is that some companies simply don’t realise the impact that one meeting can have. Statistics show that an average meeting generates around 73 pounds of carbon per delegate per day, according to the United States Environmental Protection Agency.

For attendees from out-of-town, who are flying or driving to the meeting, they each typically create 0.25 pounds of carbon per mile. However, this is something that’s often overlooked, even by businesses who operate green practices in the everyday workplace.

Planning a sustainable meeting doesn’t have to increase the costs by a significant amount – it just requires a change in mindset. A lot of event planners haven’t incorporated green criteria into meetings because of concerns it will take longer and become more complex to organise an event.

However, once sustainability becomes a way of thinking and of doing things, at least businesses are getting on the right track and doing what they can. No matter how small the measures may seem, it’s a start.

Although there are plenty of positive steps towards achieving net zero, there’s still much to be done and it’s down to individual companies and event planners to join the growing movement towards sustainability.

When you need a great value meeting venue in London that offers flexible meeting space, sensible pricing and individual room selection, discover how easy it is to book through &Meetings!