If you’re hosting a meeting, especially with new clients or people who you’ve never met before, then the impression you make on walking into the meeting room matters. Many people, through a process known as ‘thin slicing’, will make up their mind on a number of factors within seconds.

Simple things like how you stand, to more complex aspects such as the way you dress, all give people insights into the following personality traits…

Dominance
A study by the University of Pennsylvania found that men with shaved heads are seen as more dominant than their more hirsute colleagues.

But it goes further than that. When people were shown images of a hairy man and then the same image of the man with their hair digitally removed, the second image came across as more dominant, taller and stronger.

Trust
We seem to instantly know if we can trust someone. Well, that’s not strictly true – it takes 100 milliseconds, or a tenth of a second, to make the judgment, according to Princeton University.

People were shown images of others for this time and asked whether they trusted them. The result corresponded highly to those when people we given the same images for longer period of time.

In fact, the study found that judgments didn’t change for attractiveness, likeability, trustworthiness, competence, and aggressiveness if the person was given more time. It means the instant someone sees you, they’ve judged you on all these factors.

Respect
Harvard Business School professor Amy Cuddy found that it only takes seconds for people to make two significant judgments on a new person – can I trust them and can I respect them?

Psychologists call these traits warmth and competence. Interestingly, the study found that warmth was the more important of the two in the business world.

Intelligence
Trying to get across your intelligence in a matter of seconds to a meeting full of colleagues or clients might seem like a tall order.

But actually it’s pretty simple, says a study by Brandeis University. All you need to do is look at people while speaking. This key behaviour was linked to people thinking you had a higher IQ. 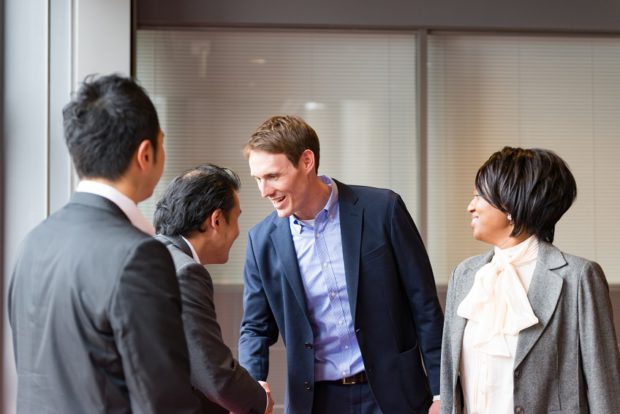 Earning potential
Instantly judging personality aspects is one thing – however, judging the earning potential of a person simply by looking at them is another. But it is done, according to a Canadian study.

Students were shown images of male models dressed either in business or casual attire. They were then asked how that person would perform in a variety of jobs.

The study found that the models dressed in the best suits were expected to make more money and get promoted more rapidly. As the old maxim goes, dress for the job you want, not the one you have.

Likability
You can’t make a second first impression – and according to a study by Cornell University, this old saying has some scientific backing.

The study found that how much someone will like another person is decided within seconds of meeting them – or even just seeing a photo.

Even after the people have met and months have passed, the way the people felt didn’t change from the first impression made by the photo.