We’ve all been in those meetings which seem to have lost their way. The agenda veers off track, the chair is having an ongoing heated debate with one or two delegates who don’t like the way it’s going, other attendees begin having private conversations among themselves, while the remainder are looking at their mobile phones or watches and wondering when it’s all going to end.

After a bad meeting, you may realise you’ve achieved next to nothing and wonder why. Rather than wallowing in the negatives, try and put a positive slant on events by learning from your mistakes and knowing what not to do next time. 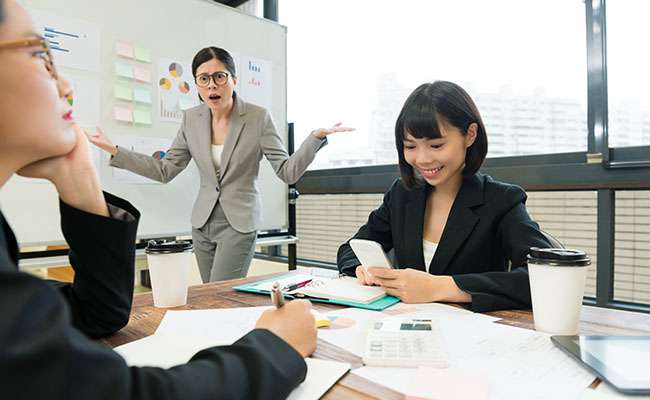 Ask yourself a few key questions such as, “What role did I play in the meeting? What did I want to get out of it? Was I clear enough beforehand about what was expected? How could I have done things differently?”

Next time, have an action plan in place, so that if a meeting seems to be taking a turn for the worse, you know how to nip it in the bud – before it ends up totally out of control.

A meeting may start out well but 15 minutes in, you start to get that sinking feeling that you’re not making any progress – and as chair of the meeting, you may be at least partly responsible if you didn’t create a meticulously planned, strong agenda, well in advance.

The moment you realise it’s starting to go off the rails, don’t try and muddle on in the hope it may sort itself out. Take positive steps to indicate you know it’s not going well and that you intend to take control and get the meeting back on track.

The first thing to do is to call a time out. Acknowledge that it isn’t working and that you’re going to remedy this. If necessary, have a short break. Let people go for a coffee, a cigarette break, stretch their legs or whatever they want to do. This isn’t wasting time – it’s giving them a chance to re-focus and come back more energised.

Begin by re-articulating the objectives, not only for the meeting but for the project in general. If attendees have lost sight of what you’re aiming to accomplish, meetings can spin out of control. Help the team to visualise the goals to get them back on track.

Clarify individuals’ roles and remind them of what they need to do, whether it’s being subject matter experts, brainstorming ideas, raising issues or researching – remind people why they are there and why they’re important to the project’s success.

Change the dynamic of the meeting – for example, if you’ve been presenting on a whiteboard to a large group, try small breakout teams instead. Turn off the Powerpoint altogether and instead, “walk through” the general concept in a less formal manner, to generate discussion. Achieve a more productive energy simply by altering the way the meeting is run.

Immediately “celebrate” a meeting in which progress is being made, where people agree, and you are all working collectively towards the common goal. This doesn’t mean you have to go crazy but simply smile and tell people you think it’s going well and that the meeting is achieving the expected purpose.

Remember too that the enemy of a good meeting is to express something resembling relief at the end, as this perpetuates the attitude, “The meeting’s over – now let’s get back to doing some real work.” This will lead attendees to consider that the next meeting will simply be a drain on their time, rather than the productive coming together of the team to share valuable ideas, as it should be.

Creating a good meeting is all about planning, attitude and culture – and if it does start to go wrong, knowing how to halt the negative vibes in their tracks.

To make sure you have the best venue for your meeting, contact &Meetings to book meeting rooms in London on 0800 073 0499. We’ll be happy to help you through the booking process.