We pass our fellow work colleagues in the corridors, we sit with them in the canteen and on occasion, we might even have to endure a meeting with them. In short, these are the people we interact with on a daily basis. 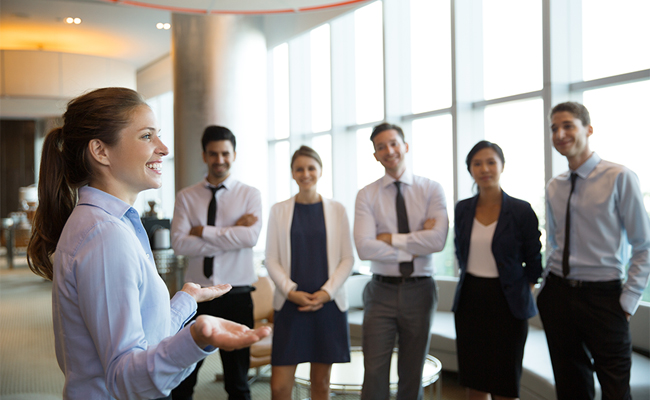 Personalities tend to be magnified in tighter, smaller and more confined settings and one such setting is the meeting room. So, let’s meet some of the people you will likely encounter in your next meeting:

• The Boss
They aren’t actually the boss, although they almost always want to be in charge of everything; they usually showcase their leadership skills during meetings. Even if they tend to be a little overbearing at times, their enthusiasm should not be ignored. It is an asset and when directed properly, the ‘boss’ can actually become a great right hand. Clear meeting agendas should be set in advance to give them the opportunity to demonstrate their leadership skills.

• The Real Boss
They will facilitate and steer the whole meeting – or at least they will try to! Team meetings present an opportunity for the real boss to be updated on a certain project’s development. It’s also when they can see and evaluate how the team is working together as a whole. Leaders should remember to outline the meeting’s objectives so that everyone is on the same page; they must also give each member a clear role to play to avoid any kind of derailing.

• The Cynic
The word “but” is always on the tip of their tongue…“but it’s not going to work”. They will pull every idea down by telling everyone that it cannot be done. They might think they are helping the team but in reality, their opposition only keeps everyone’s spirits down. To make the most out of The Cynic, try to use their antagonism to turn the team’s farfetched and impractical ideas into something feasible. They might just have some thoughts on how to make your team’s concepts more workable.

• The Creative
There are those who have original and realistic ideas and then there are those with ideas of grandeur that are way too big and totally unrealistic. To balance the ‘creatives,’ give them a brief before going into a meeting to give them a structure to stick to – their ideas will be more viable.

• The Obedient
There might not be many of them but there are some people who embody the ideal team member. Strictly following all the rules as they diligently write the notes of the meeting, they will also voice their opinions and ideas from time to time; however, they might fear stepping outside the box. To get the most out of them, acknowledge their contribution whenever possible so that they feel more comfortable expressing their ideas.

• The Barely There
They arrive and they sit through the whole meeting without saying a word. They do not participate at all, except for maybe a few questions and quiet suggestions at the end. You might be forgiven for forgetting they are there but they might actually end up being the ones who fill you in if you suddenly lose focus. Try to get them to speak up by asking them direct questions.

Regardless of whether you are the Boss, the Creative, the Cynic or the Obedient, a meeting will always thrive on teamwork. With numerous top quality meeting rooms in London, all of which are accessible, &Meetings specialises in professional environments that assure successful outcomes.